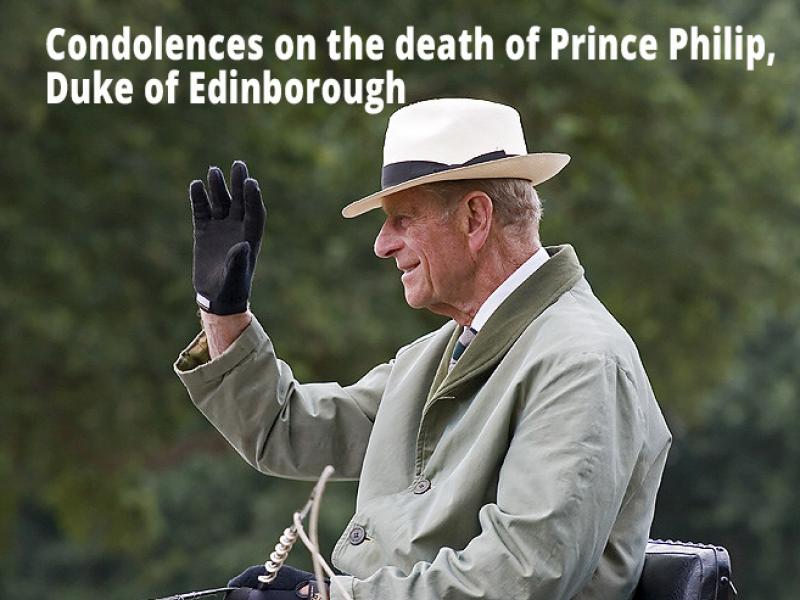 Green Party condolences on death of Duke of Edinburgh

The Green Party has expressed sincere condolences to the Queen and the rest of the Royal Family following the sad news of the Duke of Edinburgh's passing at the age of 99.

"The death of the Duke of Edinburgh is a sad loss to the environmental movement. I joined the WWF as a young boy because I could understand what the Duke was saying and he commanded the respect of other world leaders which at the time I thought would help save the wildlife from extinction. I also helped lead an expedition to Mauritius with Raleigh International and helped out with DoE young people who were undertaking their Gold Award at the time. I will always support efforts to help build confidence amongst the young generation; after all it is their world we have destroyed and they may never know what we had and what we've lost."