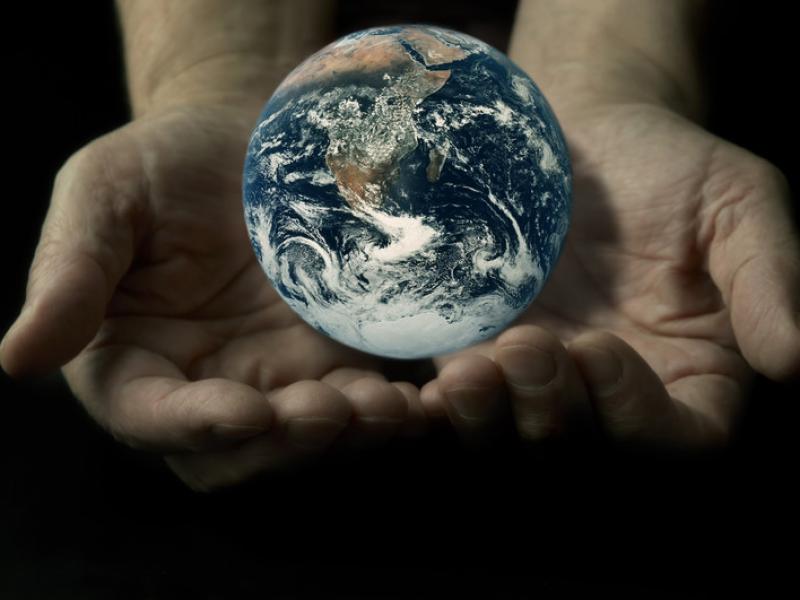 This is the turning point, the chance to step away from the precipice and begin the work of recovery. We desperately need to restore our respect for climate and each other.

The greatest threat to our existence is affecting us now, before our very eyes. We are heating our planet, the ice caps are melting, the forests are burning, the wildlife is dying, the rain keeps on falling and the seas are rising. The evidence is plain for everyone to see. I know that many of you simply cannot watch the pictures of devastation on the TV any more – it is too upsetting.

We fear the next storm, the flood and the heatwave. It's staring us in the face. We wake up in the morning grateful that we got through. The Attenborough programmes today show clearly that wildlife is losing the battle of survival. I used to work with the BBC Natural History Unit and Sir David in the late 1980s and early 1990s. The amazing encounters I had with creatures too numerous to mention will not be experienced again. The populations of many species are collapsing, some are now on the edge of extinction if not already so.

The greatest division in our society that we have faced in decades, is as a result of Brexit. It makes us weary, it makes us angry, it tears us apart. We don't want to mention the 'B' word. We want it done only so that it will go away not because we really know what the consequences will be. No one will tell us because, in truth, no-one knows for sure, and trust in the politicians evaporates with every lie and dodge and cover-up.

Friends, both these issues dominate this election. As I listen to you I see you are frightened, angry, torn between 'getting the conservatives out' and voting for our common future , that of the natural world and the youngest children.

And because our First Past The Post 'winner takes all' electoral system stops us voting for what we truly believe, I see you struggling to cast your vote as tactically as you can with the information you are told, you read in the newspapers, or see online.

In all honesty I can't see "Brexit done" for many years. It is fueled by an island nation culture and despair at the state of our public services which are on their knees. The deep and profound divisions will need time to heal

Whatever you think about Brexit, and the time spent arguing on its pros and cons, we do still have the time to sort it out, calmly and collectively.

But we don't have the time to ignore the threat of climate change. Every day of global warming, takes us closer to the point where climate change will accelerate out of control; the point when losing our only inhabitable home is inevitable. At this point Brexit becomes an irrelevance, we struggle to survive whether we're in Europe or not, whatever trade deals we have.

Dear friend, I have knocked on doors until my knuckles ached and hurt. I have canvassed your opinions at and between each election. Today I have a broken leg and a cage around it with pins and rods pierced through the bones to help them heal. My leg is painful and I can't walk or drive.

But I can write, I can read and I can speak and I can listen.

And so it is that I ask you to consider your vote at this election carefully.

I have stood for election in the Forest of Dean four times, each time gaining more and more votes. People trust me. They know what I stand for and what I believe in.

When your children ask "Why did you vote the way you did in the pivotal election of 2019?" what will you say? As we stand at the turning point, and the future of our world is in the balance, I say to you as courageously as I can, stand with me and vote Green. Show that change is possible, that we care for our future, that we want system change not climate change, that we want to work together over Europe. The tide is turning*. Give change a chance.

The tide is turning in the Forest of Dean.